In 2019, he brought the New York City and Southern Connecticut hockey community together for an event that would be the inaugural event. For 2020, despite the global pandemic, he was determined to make it work within safety protocols for the benefit of what the event stands for; and he did it. 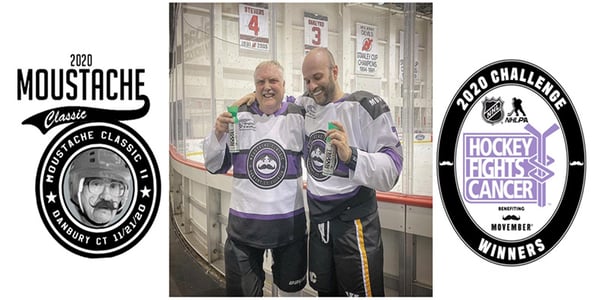 Not only did the event happen, they beat out the fan bases of NHL teams for fundraising and were recognized by the NHL and the NHLPA’s ‘Hockey Fights Cancer’! Matt shares the story with us.

“My advice for running a charity hockey tournament during a pandemic: take deep breaths

When we decided to move forward with our second annual Moustache Classic charity ice hockey outing for men’s cancer and suicide prevention, we felt that strict guidelines and months of planning would be all we needed to ensure our beer league tournament happened. But as the date grew closer, the dominos started knocking each other over.

First, we lost half of our referee crew, then our volunteer photographer, then our off-ice volunteers. All of whom thought twice about participating in our short adult tournament. Ok, we’d manage with a little less.

Then, on the night before the tournament, about one quarter of the entire player pool had to be eliminated after they had all been exposed to COVID-19 during a skate. Fine, this made the sides uneven and tough to compensate for, but it’s always been about the charity anyway.

The final aggravation came in the form of a scheduling snafu on the arena’s end that threw our itinerary for a brisk 4-team tournament and socially distant outdoor banquet wildly.” 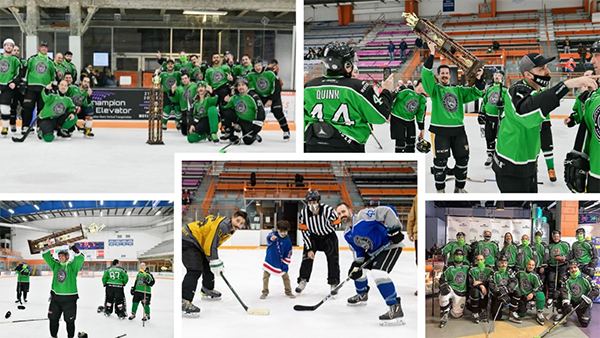 “Still, our group of passionate beer leaguers, led by Rick Ziegler of the New Haven Raiders and Marc Weiss of the Staten Islanders, and former pros – including Doug Smith, the inspiration for the “Goon” movies – played some hockey and collected vital funds for an important cause.  In total, we collected $22,176 for the Movember foundation’s mission to spread awareness for men’s cancer and suicide prevention while capturing the NHL & NHLPA Hockey Fights Cancer Challenge, an online fundraising campaign which benefitted Movember; the worldwide leader in men’s health.” 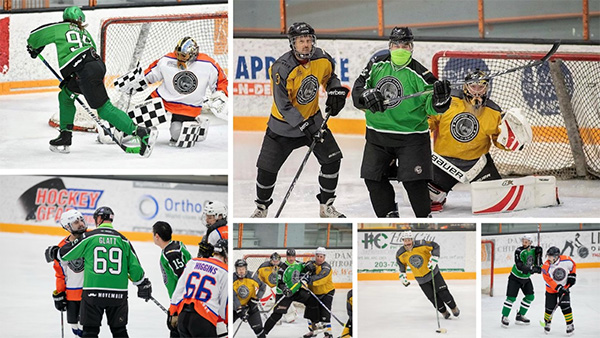 Once again, Boost Oxygen provided us with canisters for our players and many were impressed with its effectiveness. Seeing pros like Nick Leddy of the New York Islanders and the Vegas Golden Knights’ Max Pacioretty boosting up would make anyone curious, but once you try it you know it works. A number of our guys now incorporate into their skates, as well as workouts and other sports. It certainly feels like an advantage for me in an era where we’re wearing PPE masks on the ice.

All in all, organizing a charity hockey outing during a pandemic was a good exercise in proceeding with caution.”

To keep up with Matt Caputo and support his efforts, follow him on Instagram: @mattcaputo @moustacheclassic and @takingbackhockey 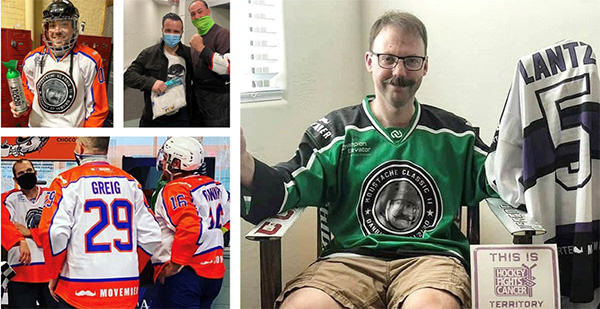