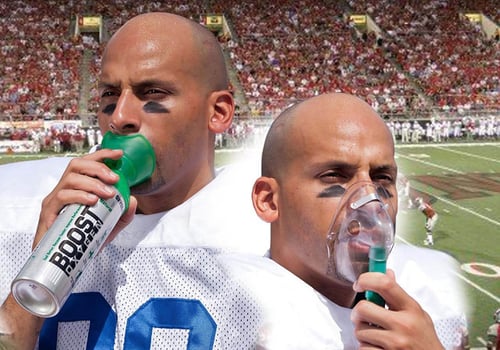 Why Oxygen Is Important During Physical Activity

During periods of high-intensity physical activity, our bodies work hard to maintain blood oxygen levels. You start to breathe harder because your body is trying to supply more oxygen to your lungs to energize blood cells, tissues, muscles and organs.

When heavy breathing does not produce enough oxygen, the body will begin to source the oxygen internally through a process known as Anaerobic Respiration. Cramping and muscle fatigue result when the glycogen in Oxygen-starved blood transforms into lactic acid. By introducing more oxygen, the blood is able to inhibit the production of lactic acid and expel any existing already.

The most important part of using oxygen for performance is to 'oxygen load' before any strenuous activity for top physical and mental performance. This is also referred to as “VO2 Max”. When the body is experiencing extreme physical or emotional stress (surges of adrenaline and cortisol) it metabolizes oxygen at a greater rate which results in fatigue. Bodies emit more carbon dioxide during a strenuous event than the intake of oxygen which causes muscle fatigue and cramping due to the build-up of lactic acid.

The brain is the most oxygen-hungry organ of the body requiring 20% of the body's oxygen. Even a small dip in oxygen as a result of a strenuous event will result in mental fatigue. Research shows that just a few minutes of breathing supplemental oxygen improves concentration, memory and reaction time. 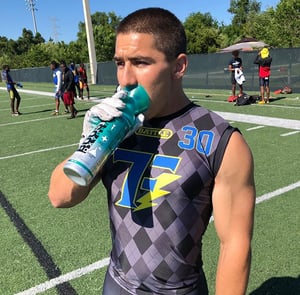 Explaining VO2 Max and How It Helps Athletes

VO2 max is a measurement of the maximum rate at which oxygen can be effectively utilized during exercise by the body - specifically the heart, lungs, and muscles. It’s used to measure someone’s aerobic capacity.

The higher your VO2 max, the more oxygen your body can take in, and the more effectively you can use it to generate ATP energy during sports performance. VO2 max varies by individual, and is influenced by factors like age, gender, elevation/altitude, and fitness level.

What does this have to do with supplemental oxygen? Using oxygen can improve your VO2 max, which can help optimize sports performance and reduce recovery time following athletic activity.

Boosting your VO2 max improves how oxygen is delivered and used by your body, which can have long-term health and fitness benefits. It may also help minimize fatigue from sports or activities like walking up flights of stairs or participating in various exercises.

In an independent trial, 95% concentrated supplemental oxygen was found to increase the VO2 kinetics of participants after beginning their exercise, resulting in attaining steady-state VO2 faster and possibly maintaining it longer during aerobic exercise. In other words, supplemental oxygen can increase oxygen levels in the body and even help the body maintain and use more oxygen during exercise, which can benefit sports performance and recovery.

Many athletes use portable oxygen, or oxygen in a can, on the sidelines to prepare their bodies for optimal performance on the field. Game day means an increase in breathing and heart rate, and higher oxygen needs. Providing the body with more oxygen allows for more energy and faster recuperation.

For runners and endurance athletes, inhalable oxygen can be used to maximize oxygen intake, avoid muscle cramps and possibly reduce risk for injury. When you inhale oxygen, it’s absorbed into your blood, where hemoglobin proteins in red blood cells carry it to your muscles and tissues. Increasing oxygen availability can improve this whole process.

Supplemental oxygen is a great all-natural respiratory support for athletes of all ages and levels, offering many benefits for performance and recovery. 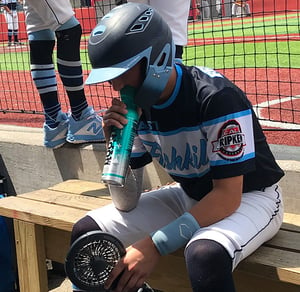 The Ongoing Discussion Over Supplemental Oxygen by Sports Governing Bodies

Because supplemental oxygen can assist in sports performance, it has been (and continues to be) a topic of great debate by various sports regulatory agencies.

The World Anti-Doping Agency (WADA) as of January 2010 removed supplemental compressed oxygen from its list of banned substances. According to WADA guidelines: “Supplemental oxygen administered by inhalation, but not intravenously, is permitted. However, some sports authorities may prohibit its use in their regulations. Athletes must check the rules that apply to supplemental oxygen use with the sporting authorities governing the events they compete in.”

In 2019, German skier Stefan Luitz won an appeal against the decision by the International Skiing Federation (FIS) to strip him of his World Cup giant slalom win for inhaling oxygen between the two legs of the race. Read the full story at Eurosport.com

No doubt, the conversation over the regulation of supplemental oxygen for professional athletes will continue as sports and athletes evolve. 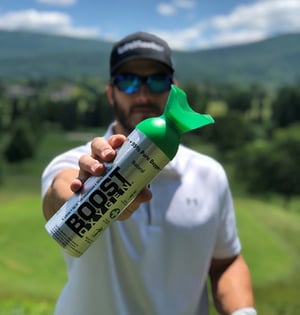 It doesn't matter the age of the athlete, or the sport, helping to maximize the results of play is what supplemental oxygen like Boost Oxygen does. Athletes and Athletic Trainers in professional leagues such as the NHL, NFL, MLB, NCAA, AFL, AHL, and Team USA already integrate Boost Oxygen.

Boost Oxygen is also proud to be available to high school athletes and physical therapy / rehabilitation settings with our placement in the catalogs of major sports medicine distributers.

Are there scientific studies that support the use of Boost Oxygen for performance and athletics? Yes, you can read some below. You can also read additional studies about the benefits here in our Learning Center.

A university study was recently published using Boost Oxygen to study the effects of supplemental oxygen with increased athletic performance and recovery rates:

Excerpt from the study: "For nearly a hundred years, various ways of inhaling oxygen in higher concentrations have been used to treat respiratory and circulatory problems.  The results of the study indicate that inhaling concentrated oxygen may have a positive effect on short-term recovery processes."

For everyday athletes, Boost has been leading the way by being available at retailers; including Dick's Sporting Goods, Big 5 Sporting Goods, Christy Sports, Cabela's, Sportsman's Warehouse, Sun and Ski, Scheels and hundreds of others nationwide.

Boost Oxygen makes 95% pure supplemental oxygen readily available in lightweight, portable, and convenient aluminum bottles that are 100% recyclable. By doing this, athletes have oxygen with them for training, pre-game preparation, in-game competition, as well as post-competition recovery.

previous The Facts: Answering Misconceptions About Oxygen and Boost Oxygen next Oxygen Expert Gary Brecka On Oxygen's Role In Emotions