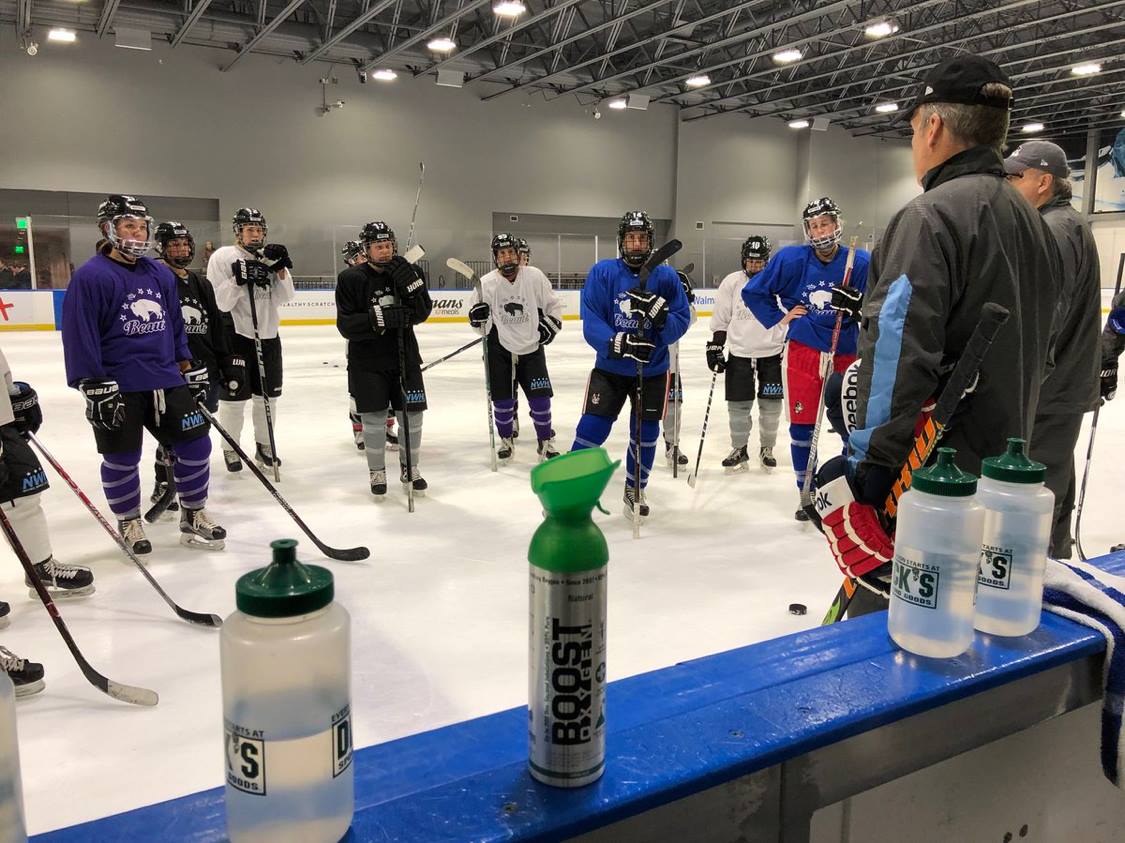 Milford, CT – October 15, 2018 – Boost Oxygen is proud to announce a continuation of our support of the National Women’s Hockey League (NWHL). Last season, the players benefited from Boost – a product also being implemented by other professional teams, players and athletic trainers, during both training and in-game competition.

“The NWHL is proud to continue its partnership with Boost Oxygen,” said NWHL Founder and Commissioner Dani Rylan. “We are appreciative of their belief in the value of our league and players, and look forward to working with them for a second season.”

Boost Oxygen co-founder and Chief Executive Officer Rob Neuner says, “The talent level of these players in the NWHL is world-class. Many of the players that helped to bring Olympic gold back to the U.S. are competing in the NWHL. These women are role models to a younger generation of female hockey players that will follow this path of realizing their dreams both on and off the ice. Boost Oxygen is proud to be a trusted product that is already being implemented at all levels of hockey, from youth and adult leagues to amateur and professional ranks.”

Boost Oxygen is the worldwide leader of providing portable, lightweight, and affordable bottles of 95% pure oxygen in the retail consumer market. Professional athletes have had the opportunity to fuel their performance with oxygen for decades. Now, athletes of all ages and participating in any sport can experience these same benefits.

About the National Women’s Hockey League
​Established in 2015, the NWHL became the first professional women’s hockey league in North America to pay its players and share in revenue from select apparel sales. The mission of the league is to promote and develop women’s hockey, increase participation and interest in the sport at all levels, and shine a light on the role models that fill the rosters of all of its clubs. The league is made up of the Boston Pride (2016 Isobel Cup champions), Buffalo Beauts (2017 champions), Connecticut Whale, Metropolitan Riveters (2018 champions), and Minnesota Whitecaps. For more information, please visit NWHL.zone and follow the league on Twitter @NWHL, Facebook @NationalWomensHockeyLeague and on Instagram @NWHL.zone.

Boost Oxygen is the #1 trusted brand of portable, lightweight 95% pure oxygen. Based in Milford, Connecticut, Boost Oxygen is a made in the USA product, available at retailers nationwide and exported worldwide. Professional athletes, teams and organizations in the NFL, NHL, AHL, AFL, NCAA, Team USA choose Boost Oxygen; in addition to everyday athletes of all ages. For more information, images and studies about the benefits of oxygen, visit the website: www.BoostOxygen.com. On social media, consumers post about their experiences on Facebook (@BoostOxygenUSA), Twitter (@BoostO2) and Instagram (@boostoxygen). 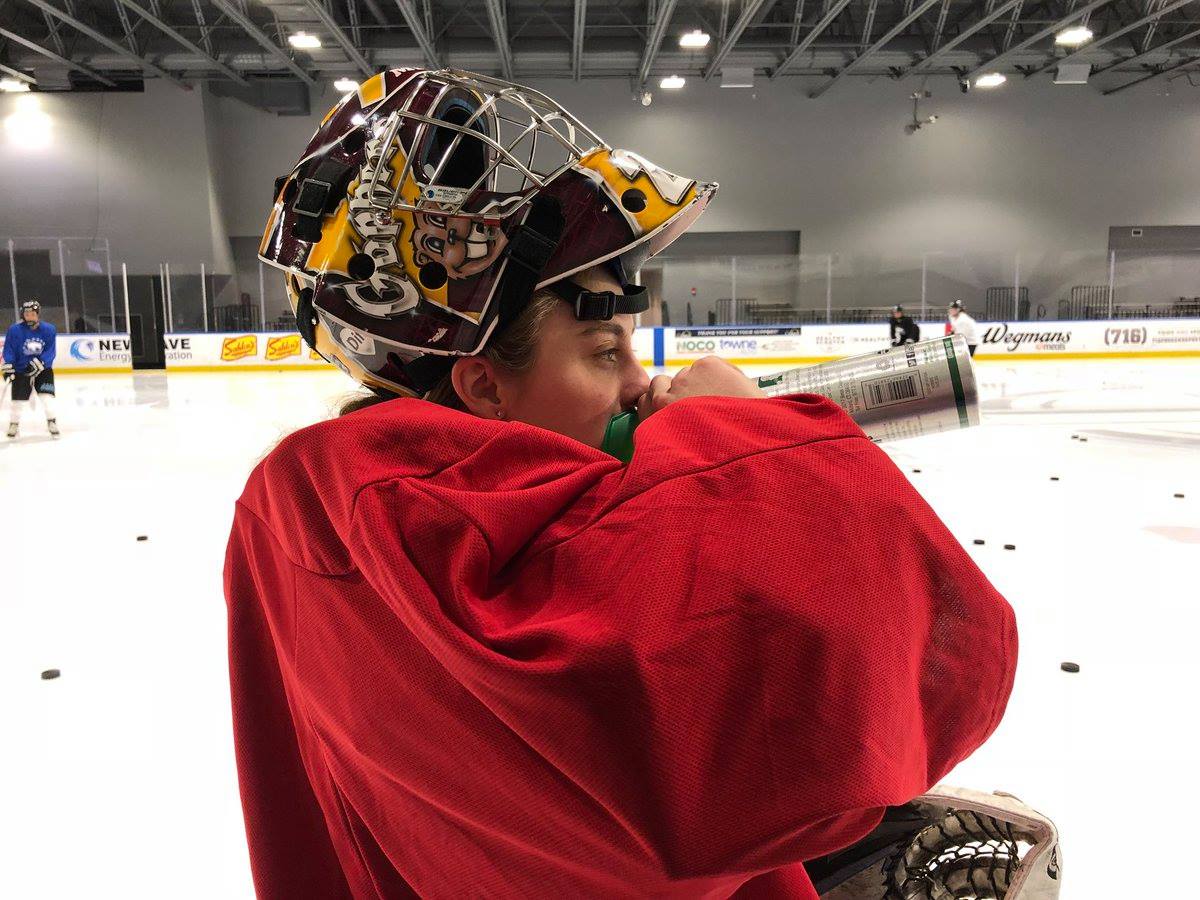 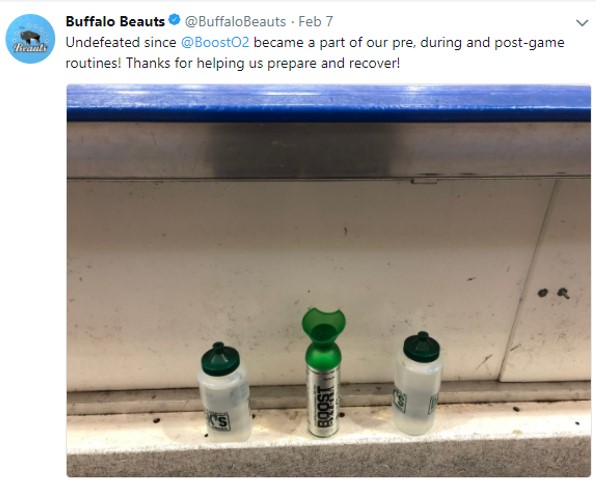 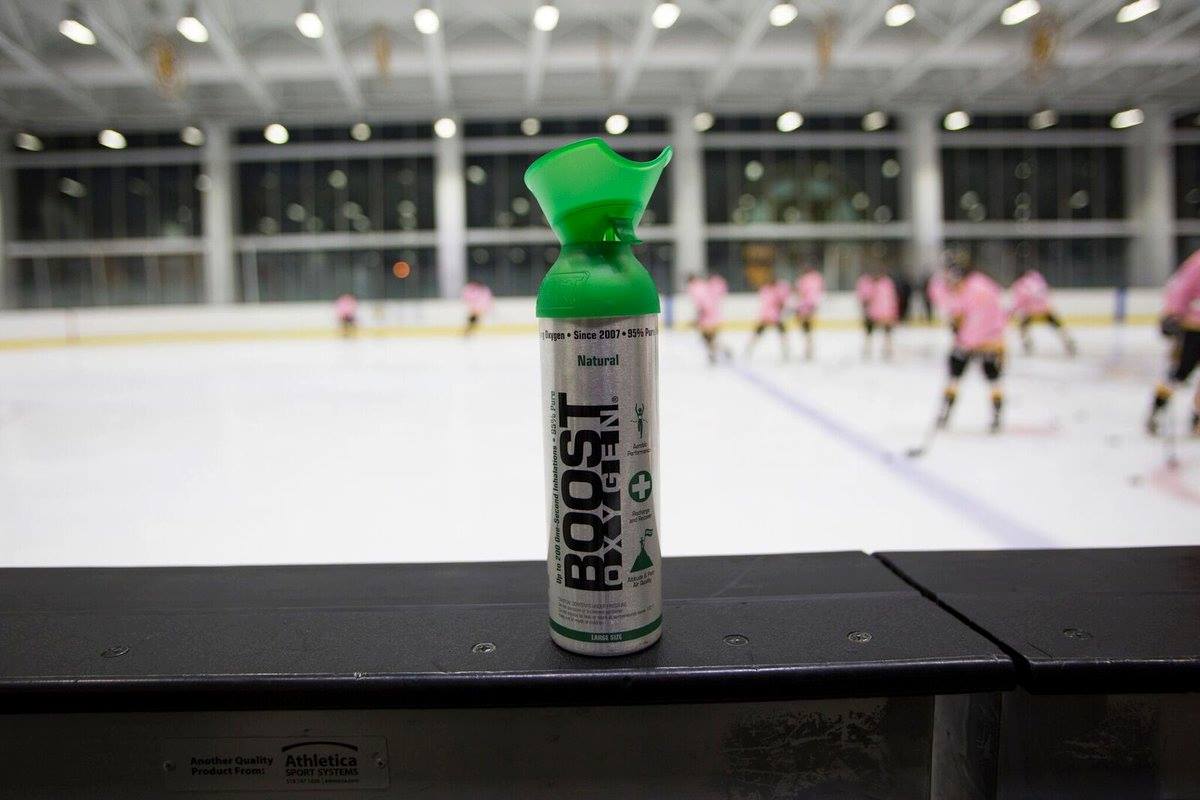 previous When Dogs Fly, They Are Madtown Flyers next Joey Is Training High School Athletes to Professional Athletes, From Altitude To Sea Level